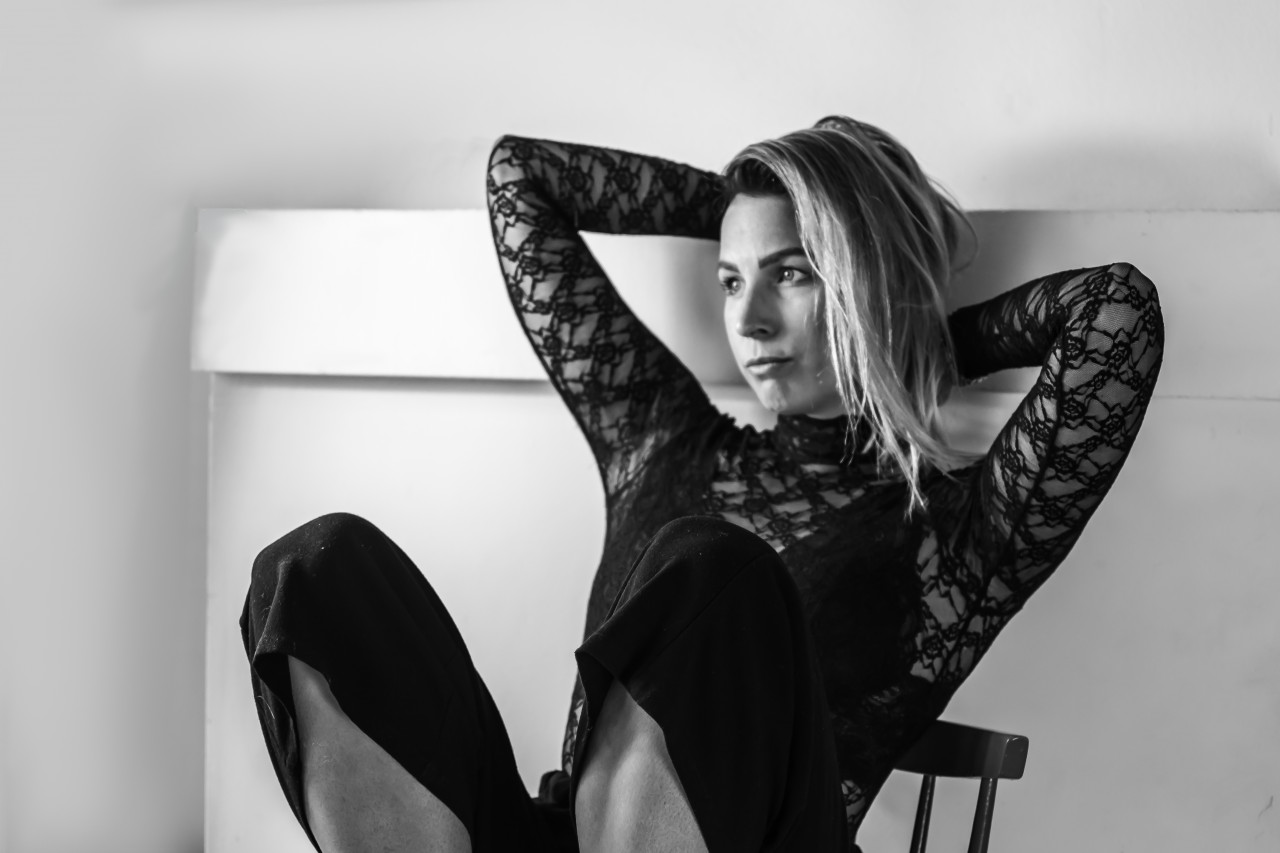 ‘Inhale a peaceful breeze, then exhale the love, calm’ — this is a sentence out of one of the lyrics I wrote to Alex Sipiagin’s music. It’s my vision towards singing. To me, singing means relaxation and pure fun. I breath in and every note and sound that I create, make, comes with love. When I sing I want to touch the audience, inspire them, entertain them. To make that my job is a privilege, it’s the most beautiful job I can imagine.

Her interest in music is very wide, but she feels her best in jazz, contemporary chansons and pop/soul. She composes her own music and writes lyrics for herself and for others.  ́To create a story, to share my own story or the puzzle to find the right words to someone else ́s story, to me, is such a fascinating and beautiful thing to do ́.

´Hiske is voice-technically very strong and this appears in her performance and repertoire, where you can see a flexible and versatile vocalist´ - Leeuwarder Courant.

Together with Russian bass player Makar Novikov, Hiske leads the project ‘StereoBass’, a formation of five musical friends. Their debut album – STEREOBASS - has been released on the Russian label - Rainy Days Records. Besides that Hiske is also active as a singer and lyric writer in the band Perfect Storm. A new band from the north of the Netherlands. Their music is characterized as progressive rock meets pop and jazz. In 2021 they’ve released their debut album – No Air – on Glassville Records.

Tiidgenoaten is the new Frisian-language project by Hiske Oosterwijk in which the Frisian historical poet Gysbert Japicx is central. She was inspired by the work of the poet and provided many of his poems with new contemporary music and wrote new lyrics / music inspired by his work. All new work will be released in the spring of 2021 on the double album - Wurden - Zennez Records, and will be performed in the theater concert Tiidgenoaten, October 2021.

Hiske has collaborated on many projects, backing choirs and a lot of studio work. She also worked together with Russian-American trumpet player Alex Sipiagin in the New Path Quintet, with which she toured Europe, Asia and Russia and released two albums. Besides performing, Hiske also teaches (singing); private, workshops and at Dance Academy Lucia Marthas.